Induced pluripotent stem cells (iPSCs) are embryonic-like stem cells derived from adult somatic cells, usually skin cells. They behave like embryonic stem cells in that they can readily self-renew in culture and differentiate into all specialized cells. iPSC-based stem cell therapies are being developed especially due to their potential to develop into all tissue types, creating an unlimited source of any type of human somatic cells needed for therapeutic potential (neuronal cells, epithelial cells, blood cells and so on)

What is the potential of iPSCs?

The promise of human induced pluripotent stem cells (human iPSCs, undifferentiated iPSCs) lies in their ability to serve as a starting material for autologous cell therapies. It is understood that autologous iPSC-based cell therapies could allow for the generation of perfectly matched (with your own DNA) cells and tissues for transplantation therapies. One of the main concerns of allogeneic (foreign DNA) embryonic stem cells is immune rejection, that our bodies reject foreign stem cells. It is postulated that iPSC use would solve this issue and allow for the production of autologous iPSC-derived cells (tissue-specific iPSC-based therapies such as human iPSC-derived region-specific neural progenitor cells, iPSC-derived NPCs for neurological disorders). These transplanted cells would remain in the tissue and repopulate the organ with healthy youthful autologous somatic cells.

What are pluripotent embryonic stem cells?

Embryonic stem cells (ESC) exist naturally in biology. They are a part of the embryo, forming in the inner cell mass of a blastocyst at about day 5 of cell development. Past Day 5, ESCs will naturally begin to differentiate into endoderm, mesoderm, and ectoderm, ultimately forming all cells of the offspring - neuronal cells, epithelial cells, blood cells, and so on. This differentiation process occurs naturally in all of mammalian biology.

Laboratory-grown embryonic stem cells are derived from nature, from the inner cell mass of a preimplantation embryo. Their genetic integrity is determined via preimplantation genetic analysis and an embryonic tissue line can be carefully established on a specific growth medium, under strict laboratory conditions.

How are human iPSCs different from pluripotent embryonic stem cells?

Induced pluripotent cells were first described in 2006 by Pr. Shinya Yamanaka. The transcription factors understood to reprogram a somatic cell into an induced pluripotent stem cell - Oct3/4, Sox2, Klf4, c-Myc - are called Yamanaka factors. Although these unique transcriptions factors are fully capable of reprogramming somatic cells to the embryonic phenotype, and although the resulting cells do resemble hPSC morphologically, there are some key functional differences.

What are some functional differences between hPSC (hESC) and iPSC?

There are differences in DNA and RNA characteristics. For instance, a study using Raman spectroscopy showcased a comparative analysis of hESCs and hiPSCs. The results revealed significant differences in nucleic acid content (DNA,RNA) between induced and naive cells. The difference appears significant enough to point to vastly different chromatin dynamics and metabolic and biochemical diversity between hPSC and iPSC. Molecular characteristics of reprogrammed and naïve pluripotent stem cells differ (Parrotta, 2017).

There are differences in their anti-tumorigenic activity. For instance, a study comparing the immunogenicity against colon cancer between an hESC line and an iPSC cell line showed that while hESC line generates consistent cellular and humoral immune responses against cancer, the induced line (iPSC) does not confer this tumor protection. The researchers point to a heterogeneity of expression of oncofetal antigens by hESCs and iPSCs. They concluded that the naive cell line (hESC) may serve as a more promising modality for immunotherapy of cancer than iPSC (Yi, 2009).

Why are iPSC not used in clinical medicine?

There are concerns with clinical usage of iPSC at this stage of scientific advancement. A review published on Sep 10 in SAGE Open Medicine by Sanal and his scientific team (2014) points at the challenges iPSC biotechnology has faced:

There are many reports, studies which projected downside of iPSCs such as increased abnormal epigenetic marks, epigenetic memory, mutations in coding regions, and copy number variations in a small proportion of cells. Although there is no solid proof that the genome and phenome of PSCs generated by iPSCs are inferior compared to that generated by SCNT, it is still a possibility because generation of iPSCs involves forced expression of genes under conditions which are non-physiological or unnatural compared to the reprogramming mediated by the natural milieu of transcription factors and reprogramming environment inside an oocyte. (Sanal, 2014)

Induced and engineered pluripotency via forced expression of Yamanaka factors (iPSC) still has a long way to go.

What kind of autologous pluripotent stem cells are used at Stemaid Institute?

Somatic cell nuclear transfer technology has been around for decades, in literature being referred to as somatic cell nuclear transfer (SCNT) and its resulting cells as somatic cell transfer derived embryonic stem cells (SCNT-ESC). The embryonic stem cells produced via this known technique are autologous with respect to the nuclear DNA, but contain donor mitochondrial DNA. The concern with this technology is that the presence of foreign maternal mitochondrial DNA in the autologous embryonic cell will lead to immunorejection and prevent engraftment.

From a clinical standpoint, immunorejection of foreign DNA is expected in biology and cell fate is not a key determinant since it's not the engraftment that is of key therapeutic importance in regenerative therapy but the transient signaling profile of the exosomes released by the stem cells prior to differentiation. The content of the stem cell secretome (miRNA, mRNA, peptides) is considered the key therapeutic element in orthopedic, aesthetic and regenerative medicine. However, if we are looking to replenish the depleted stem cells stores that occur in chronic illness and aging, engraftment and integration is desirable. We want the autologous stem cells to remain in the body, replenish the stores, and keep signaling repair, rejuvenation and reprogramming long-term. For this reason Stemaid scientists developed a novel cloning technique that renders the embryonic stem cells autologous in nuclear and mitochondrial content.

What is the unique feature of Stemaid autologous pluripotent stem cells?

To solve the concerns of immunorejection and allow stem cell store replenishment to be successful, Dr. Brigitte Hanly PhD and her scientific team devised a novel cloning technique that renders the embryonic stem cells autologous in nuclear and mitochondrial content. This novel technology can be referred to as somatic cell nuclear-mitochondrial transfer (SCNMT) and produce SCNMT-ESCs, also referred to as nmtPSC (as opposed to iPSC). These differ from SCNT-ESCs and iPSCs, in that they contain nuclear and mitochondrial DNA of the recipient and are derived via cloning as opposed to being artificially induced from somatic cells using Yamanaka transcription factors delivered via retroviral vectors.

Are nmtPSC better than iPSC-based cell therapies for personalized regenerative medicine and longevity?

Autologous iPSC-based cell therapy is not available clinically at this time. Aside from the functional and biochemical differences of iPSC and hPSC, one of the main reasons for this are the potential risks associated with retroviral delivery. Retroviral vectors enter cells and integrate into the nuclear genome. Clinicians are concerned mostly about virus-induced solid tumor formation. Scientists are working diligently on alternate delivery systems and ways to prevent integration of retroviral material into the nuclear genome. The potential of iPSCs in stem cell therapeutics and regenerative medicine will depend on functional improvements and novel delivery solutions ahead.

At Stemaid Institute, patients can have their own autologous nmtPST line produced. This process requires a skin sample and the line is produced by the Stemaid Laboratories scientists. Once the autologous line is ready, which takes approximately 3 months, the patient can receive pluripotent stem cell therapy that contains their own nuclear and mitochondrial DNA at the Stemaid Institute in Los Cabos, Baja California Sur. Mexico. This is the closest science and clinical medicine has come to full body repair, rejuvenation, reprogramming and long term replenishment of stem cell stores.

What are some future directions for nmtPSC?

In addition, transplanted cells (adult cells, mesenchymal) in animal models have shown engraftment and therapeutic benefit. Autologous nmtPSC-derived cells may in the future be taken through a differentiation process in the laboratory to produce autologous adult stem and somatic cells for engraftment. The differentiation protocol would utilize different media and biotechnological strategies to produce specialized cells, for instance healthy neural cells in treatment of spinal cords (spinal cord injury). The therapeutic potential of this is vast. We foresee this as a future direction, as well.

7. Will SCNT-ESCs Be Better than iPSCs for Personalized Regenerative Medicine? 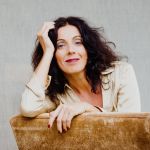 Denisa is the Director of Clinical Development at Stemaid Institute, a medical and research center focusing on degenerative conditions, age reversal medicine, and pluripotent stem cells.

How early should one start Pluripotent Stem Cell Therapy?