Lyme disease is one of those conditions we hear about but never think we'll get. Yet, almost half a million people are diagnosed with this tick-borne disease every year.

Anyone can get it if they're bitten by an infected black-legged tick. The bacteria get into the body and are one of the very few that can break the blood-brain barrier.

So, the tick-bite victim ends up with neuropsychiatric symptoms that have to be treated. But fighting Lyme disease is a combination of multiple treatments. Patients will need medicine as well as brain function therapy to limit cognitive impairment and brain fog.

What is Lyme Disease, Anyway?

A few decades ago, back in the 1970s, in a little town called Lyme, Connecticut, the first diagnosis of a disease caused after a person was bitten by a tick was revealed. The doctor who recognized and connected the two events was Willy Burgdorfer, so any microorganism that results in Lyme disease is known as a Borrelia burgdorferi.

Was that the very first time Lyme disease ever occurred? Likely not. There is documentation of people with similar symptoms in Europe that dates back to the early 1800s.

But it was the first time a tick bite and the resulting disease symptoms were connected, giving us the opportunity to explore the association further. Now, with over 60 years to work on a treatment, Lyme disease doesn’t have to come with the fatal diagnosis it once had.

Finding a tick on you is never a fun thing. But the sooner you get it off, the better.

There's no immediate way to tell if the tick was infected or not. Even a blood test won't show Lyme disease for two to six weeks after the bite.

However, there are some symptoms to watch for that happen as early as three days later, such as:

Some people don't have any of those symptoms, but they get a rash at the site of the bite. It has an official term: the erythema migrans (EM) rash.

This rash is seen in the majority of cases of tick-borne illness. It can take up to 30 days to show up, with the average initial visibility being about a week. People with this rash don't always notice it because it doesn't itch and isn't painful. It can feel warm if you touch it, and it may gradually increase. It can show up anywhere on the body.

The EM rash is a classic sign of Lyme disease, so if you see it, you'll want to go to the doctor for a diagnosis. Early involvement and fast treatment are key to preventing long term side effects of lyme disease.

In some Lyme patients, the chronic disease causes damage to the immune system's functioning and brain disorders. It's not uncommon to see a symptom like any or all of these with patients who have had the condition for a long time:

Occasionally, some people experience pain specific to the nerve roots in a limb, chest, or abdomen. It feels like someone is pinching you, but it's caused by inflammation and nerve damage.

The bacteria that cause the initial infection interact with other toxins in the body, including the brain. Eventually, without functional medicine and treatment, Lyme disease syndrome becomes a life-altering condition. But much of this disease is the result of inflammation and tissue damage, and there are ways to treat it.

Treating Lyme disease in patients depends on the symptoms and severity of the condition. If it's not treated at all, the infections in the bloodstream can turn into co-infections in the heart, joints, brain, and central nervous system.

Doctors usually diagnose Lyme disease based on the physical signs, symptoms the patients present with, history of environmental exposure and specialized testing.

Treating this condition is not as cut-and-dry as it is with other diseases. Antibiotics are often the go-to option for treatment, but alone, they are usually not enough. In fact, overusing antibiotics can cause permanent, irreversible damage, and many patients find that they only get sicker as a result.

There are several health issues the patient may need to address before any type of Lyme treatment is successful, such as hormone imbalances, intestinal dysfunction, and thyroid dysfunction. The body also needs to get rid of heavy metal toxins and mold toxins.

Previous treatments focused on one symptom at a time. This ineffective strategy no sooner fixed one problem before another took its place. Now, however, a beneficial treatment called stem cell therapy is the preferred method of treatment for many patients.

Anti-inflammatory medication and antibiotics are frequent methods of treating this condition. These help the immune system destroy the bacteria and other infections in the body at the same time.

But again, any underlying conditions also need to be treated and may need addressing before a patient will show progress with Lyme treatment.

Another common concern with Lyme disease, though, is brain fog. And if you start developing the symptoms that go along with Lyme brain fog, you'll need more than antibiotics.

When the levels of quinolinic acid are too high in the brain, the may indicate that the infection has crossed the blood-brain barrier. Brain fog is a common occurrence in Lyme patients. Unlike that normal fogginess you might feel when you wake up still drowsy, Lyme brain fog causes ongoing mental conditions that continue to worsen over time.

Some patients may experience psychosis, and many feel like they are going crazy. These mental issues are the direct result of Lyme-causing bacteria-producing toxins that impact the brain. The immune system may not be able to get rid of them on its own.

It can be hard to detect some of the more subtle symptoms. For instance, you might normally love loud music, but after a tick bite, you find it hard to handle the way you once did. Or your fatigue won't go away, no matter how much you sleep or how restful your slumber is each night.

Infections of any kind can result in symptoms like brain fog and the others listed above. It may seem like asking your doctor for antibiotics can help, but if there is brain inflammation and ​​neurodegeneration, you need further treatment. Antibiotics alone are not the answer for Lyme disease.

Studies on cognitive decline such as Alzheimer's Disease show that brain inflammation can be a direct cause of mental illness and impairment. Yeast overgrowth that comes with infection impacts the brain, blood, heart, and other body parts.

Humans are resilient creatures with a great system in place to fight infections.

Many patients still notice brain fog, discomfort, and fatigue for longer than six months after their antibiotic treatment is complete. If pet scans show no brain inflammation, this is known as the Post-Treatment Lyme Disease stage.

Instead of fighting the infection in Post-Treatment Lyme Disease, you'll work with your doctor to find a way to treat each problem, from brain fog to the blues.

A diagnosis of Lyme disease doesn't have to be a permanent label. It's often worrisome to know you have a problem that could affect your brain and all organs, but there are many ways to treat the problem before it progresses.

Although the illness is rare and you can prevent tick bites by avoiding their environment or using tick repellant, a new study shows these diagnoses are on the rise. In fact, over the past year, the number of diagnoses has increased by over 59%.

No one wants to deal with bug bites, especially those that can cause brain fog and serious health conditions. But in this post-pandemic world, exploring nature is an antidepressant.

To avoid tick-induced brain fog and other conditions, use tick-repellant if you're in their natural habitat and watch for bites. If you do find a tick on your body, remove it and keep an eye out for the above-listed early signs.

As long as you seek help quickly after you spot a potential problem, your body and brain can recover within a few months. The bodily symptoms like brain fog may linger, but your brain is safe from bacteria and infection.

With techniques like pluripotent stem cell therapy, your recovery chances are much higher when you’re diagnosed with Lyme disease than they’ve ever been in the past.

The Long-Term Side Effects of Conventional Stem Cell Transplants 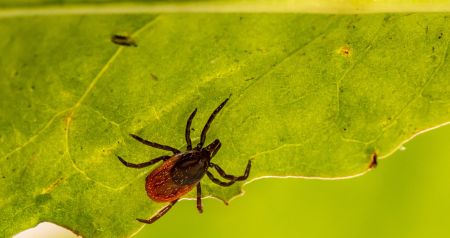